That’s one of the findings of a UK-wide consumer sentiment survey, where 2,000 adults were asked to gauge how well off they think their household is, and how that will translate into future spending patterns.

Just over one-in-five consumers (21%) think they will have more disposable income in the coming year, while 28% expect their disposable income to fall - an eight percentage point decline in net sentiment since the same survey in April 2019. This means the Autumn consumer sentiment level  is at its lowest ebb since 2014, and could see retailers and leisure operators impacted by shoppers reducing their festive budgets in the critical run up to Christmas.

Optimism levels among consumers vary significantly by age group. Sentiment has fallen most sharply among those aged 25 and under - down by 25 percentage points compared with April- although they still remain the most positive age bracket over all. In contrast, there has been a slight uptick in sentiment amongst 55-64 year olds since April, even though this age group remains the most pessimistic overall.

“Despite the political upheavals affecting the country, consumer sentiment has remained remarkably resilient over the past five years.

“While our survey shows a decline since we last measured sentiment in April, British consumers are still more positive about their personal prospects than immediately after the EU referendum, and significantly more positive than during the last recession and recovery period.

“However, where there has been a drop off in consumer confidence, it is largely concentrated amongst younger people, with a staggering 25 point decline amongst under 25 year olds, at a time of year when we have historically seen a bounce in sentiment in this age group.

“With Autumn sentiment at a five year low, retailers and operators in the leisure sector may face a challenging run up to the critical festive season, especially for those brands targeting younger consumers.”

Turning to geography, consumers in the South-West were the most downbeat, with 40% expecting their household disposable income to be less than last year, while 32%  of Londoners, followed by the East-Midlands and Northern Ireland (25%) expect to have more disposable income than they had last year.

The wider political and socio-economic upheavals have also had an impact on spending intentions, with two-in-five Britons saying that Brexit will affect their spending in the next 12 months, an eight percentage point increase on the same question in April. While under 25s are the only age group where the majority think leaving the UK will have an impact, the rise in Brexit-related concern affected every age group consistently.

While only a minority of those surveyed think they will be affected by Brexit, the spending intentions of those consumers could make a significant difference to many retail and leisure categories. Of the two in five who said that their spending would change, 42% said they would buy fewer things, 31% said they would postpone big ticket purchases, and 29% said they would go out less.

About the survey findings

Chart 1 - Thinking about your disposable income (e.g. money remaining after household bills, credit cards, etc.), in the next 12 months do you expect that your household will be better or worse off than last year? 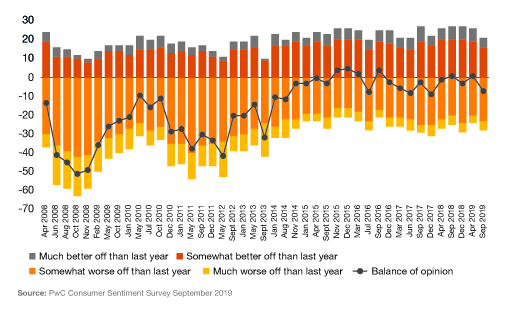 Chart 2 - Has Brexit affected the way you spend money in the last 12 months and will it affect it in the next 12 months? 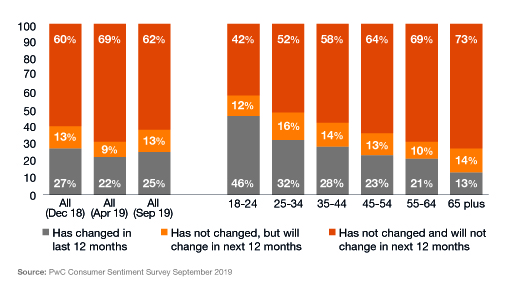