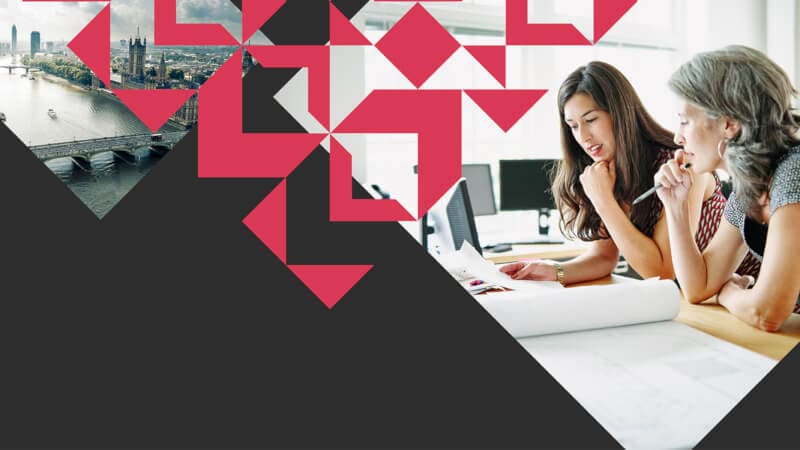 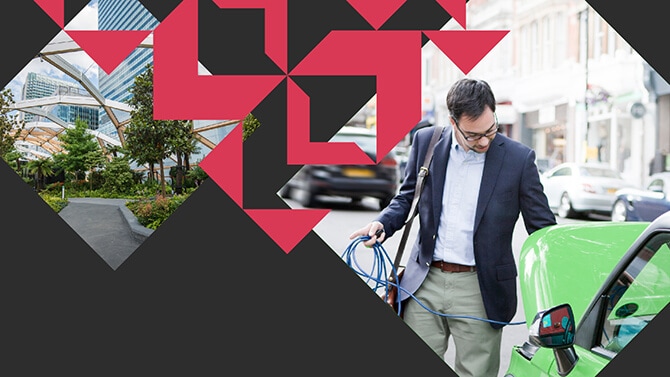 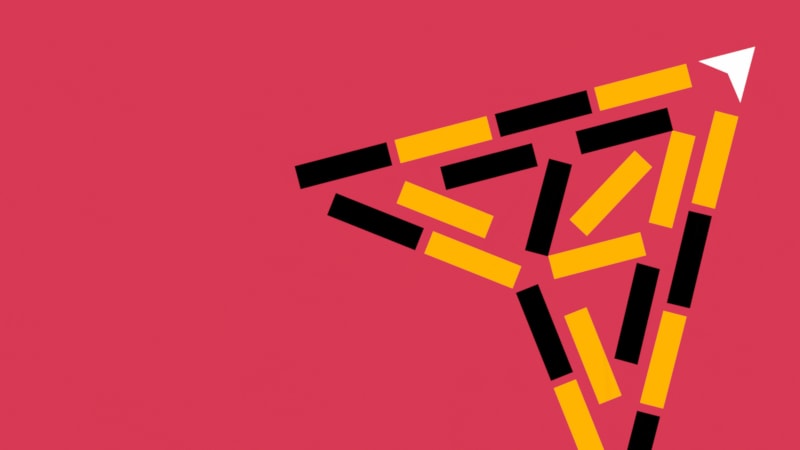 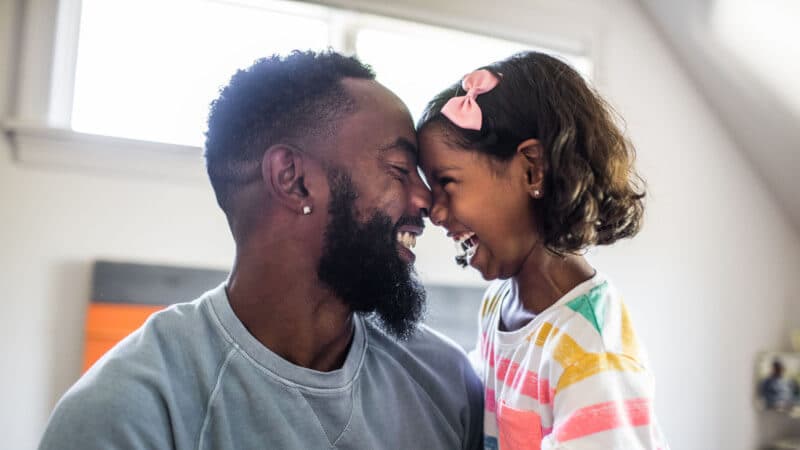 UK CEOs bullish on business growth, but fear for the global economy

UK CEOs are more upbeat about the growth prospects for their own companies than 12 months ago, according to PwC’s 20th annual Global CEO Survey, published at the World Economic Forum. Dr Peter FitzGerald, Founder and Managing Director of Randox Laboratories, a global leader in healthcare diagnostics gives his view on the global economy over the next 12 months - click on the video to view.

Almost nine-in-ten (89%) UK CEOs say they are confident of their company’s growth over the next 12 months, up from 85% in 2016. That’s higher than the overall 85% global figure and the 77% of German CEO who are confident about their business growth in 2017. Overall, 41% percent of UK CEOs describe themselves as being ‘very confident’, eight percentage points higher than last year. But the bullishness of UK CEOs is not just short term as 95% are confident about their business’s growth prospects over the next three years, compared to 91% globally and 83% in Germany.

However, that confidence in their own business prospects is not matched by confidence in the global economy. Only 17% of UK CEOs expect global economic growth to improve this year, down from 30% in 2016 and significantly below the 29% global figure. In fact, nearly a third (31%) of UK CEOs expect the global economy to decline in the year ahead, up from 23% last year and compared to 17% of CEOs globally, 14% in the US and 10% in Germany.

Commenting on the UK element of the Global CEO Survey findings Kevin Ellis, chairman and senior partner of PwC, said:

“Despite an eventful 2016, it’s encouraging to see growth firmly on the agenda of UK plc. We may face a period of uncertainty, but the economic fundamentals remain positive and businesses should keep calm and carry on doing what they do best - capitalising on the UK’s strengths and attractiveness to the rest of the world, and seeking out new opportunities.

“UK CEOs are resilient and realistic about the challenges ahead - maintaining a positive mindset and staying focused on what they can control is vital.”

Published on the eve of the World Economic Forum in Davos, Switzerland, the Global CEO Survey surveyed 1,379 global leaders, of which 126 CEOs were from the UK, including from Northern Ireland. PwC’s annual Global CEO Survey is acknowledged as the most comprehensive annual assessment of the hopes, fears and intentions of the world’s business leaders and is undertaken each year by PwC’s r2i (Research to Insight) team, based in Belfast.

Brexit is a worry, but investors see opportunities.

Eighty four percent of UK CEOs rank uncertain economic growth as the top threat to company growth (compared to 82% globally), This is followed by exchange rate volatility where 82% of UK CEOs (70% globally) are significantly more concerned, given the impact of the EU referendum on the sterling exchange rate.

The third greatest concern amongst UK CEOs is the future of the Eurozone where 78% (56% globally) are uncertain as to the future shape, composition and stability of key Eurozone export markets for UK companies. Nevertheless, despite the clear concerns about the implications of Brexit amongst UK CEOs, the Global CEO Survey findings hold out some cause for optimism. Business leaders from 16 countries see the UK as more important than last year for their short term growth prospects, with CEOs in the US, China, Germany and Switzerland amongst those most enthusiastic about investing in the UK .

Overall, the UK is seen as the fourth most important country for growth, behind the US, China and Germany. London, alongside Shanghai, New York, and Beijing is identified by CEOs globally as one of the four most important cities for their organisation’s growth prospects. The US remains the most important export market for UK CEOs, although Germany has leapfrogged China into second place. The importance of Europe, and Germany in particular, remains undiminished for UK businesses.

M&A a priority, but concern over the “digital skills gap”.

When it comes to generating the anticipated business growth, UK business leaders are taking charge of their own destiny. An overwhelming 91% plan initiatives to drive organic growth during the coming year, compared to 79% globally, while 55% plan new M&A activity (41% globally). The fact that more than half of UK CEOs anticipate doing new M&A deals underlines the confidence in the outlook for their businesses.

UK business chiefs are also more committed than their global counterparts to strengthening digital and technological capabilities as a way to capitalise on new growth opportunities, with 25% in the UK saying they want to do this, versus 15% globally. However, while UK business leaders rate digital skills more highly than their global peers (83% vs 79%), people with these skills are proving hard to find. Two thirds (67%) say recruiting people with digital skills is difficult, against just over half (52%) globally, and significantly higher than the US (43%) and China (24%), underlining a digital skills gap.

“In the tech talent race, while UK organisations must lead the way in emerging technology development, it is vital that we are able to attract businesses and people with the right tech skills, and also develop the requisite skills internally.

“With the current pace of technological change it is hard to predict what jobs will look like in the future, so as well as developing digital skills it is important that employees are adaptive and able to respond to the next skills challenge. Those that can will be in high demand.

“Emerging technology development will require diverse thinking to ensure the fourth industrial revolution is representative of the population and doesn’t leave anybody behind as we reshape our economy.”

More generally, UK bosses are in hiring mode. Sixty three percent expect to grow their workforce over the coming 12 months, compared to 52% of their global counterparts. A mere 10% expect headcount to decrease, down from 20% in 2016. But access to key skills is considered to be the single biggest business threat facing their organisations. More than four-in-five (83%) of UK bosses are concerned about how to get hold of key skills, up sharply from 71% last year, and compares to 77% globally.

The skills most highly prized by UK leaders - adaptability and problem-solving, leadership and collaboration, and creativity and innovation - are also proving the hardest to recruit. Cyber risk is considered the second biggest business threat, with three quarters (76%) of UK CEOs citing it as a concern (61% globally), followed by changing consumer behaviour (63% v 65% globally). UK CEOs are less concerned about the pace of technological change than their global counterparts, suggesting they now see digital disruption as business as usual.

“As with the other UK business leaders, exchange rate volatility, the future shape of the Eurozone and attracting and retaining the skills needed for growth, are key issues for local business, while the local political situation is not helping business confidence.

“Nevertheless, the fact that the US, China, Germany and other developed nations see the UK as an attractive investment location is welcome and should help to remind us that Northern Ireland is a good place to do business.

“I’m also delighted that the Global CEO Survey - one of the world’s most complex, prestigious and influential research projects - is undertaken by PwC here in Belfast. That alone is a demonstration that local skills and experience can compete and succeed in a world-class marketplace.”